“Your speech was an inspiration to our audience. You have given IGF members a renewed sense of motivation and desire to succeed.”

Wherever Ken goes the atmosphere changes significantly and people listen.  He is able to get results and does this with credibility as someone who is still out there ‘doing it’ so to speak.  He has a unique understanding of the pressures facing business today and delivers solutions that will help managers do better.

“Ken Hames is the master practitioner in the field of learning and development.  He has the unique ability to inspire others to seek personal transformation and high achievement.”

“In his leadership master class Ken gave my senior managers a renewed sense of purpose and direction.  He is current, credible, and inspirational and is particularly adept at getting results in a short timeframe.  I continue to use him to keep my leaders at the cutting edge.”

“Ken has worked with us for many years and has provided inspiration and behavioral change at all levels – he is also an excellent speaker.”

“Ken has worked with us for many years and his delivery has been nothing short of outstanding.  He has that ability to inspire people while challenging the status quo.”

“Ken took us on a hell of a ride through the arctic wilds – but what it did was give our team the experience of a lifetime and discover what high performance really is about.  People really discovered the true friends they have ---fantastic Ken –well done.”

Ken works well in the engineering sector bringing his remarkable experiences to the table in both a military and civilian context.  The result is a highly motivational training platform born out of outstanding individual achievements in difficult circumstances combined with an open heart inspiring and motivating others to high performance.

Ken Hames has had a fascinating life.  From humble beginnings as a boy working on his grandfather’s hill farm, he eventually rose to the rank of Major in the SAS and, as the Commander of the Anti-Terrorist Squadron was graded ‘outstanding’ as a leader. He served in many operational theatres, completing no less than 10 tours of Northern Ireland during the height of the troubles.

He is one of the very few British officers to have worn the red beret of the Parachute Brigade, the green beret of the Royal Marines and the sand beret of the Special Air Service.

More recently, Ken gained an Honorary Doctorate in Business Administration, from Bristol University for his work in developing outstanding leaders and high performing teams in diverse business environments. Ken can speak both about organizational change, and also about leading his own organisation through the complexities of the current business environment.

As an experienced ‘Executive and Team Coach’, Ken works with Boards and other executives on building high-performance teams in order to facilitate high business performance.  “The top teams who really create business improvement are bonded by trust and selflessness.  They are prepared to both support and challenge each other, in order to achieve those organizational goals.” Ken’s mantra is ‘Authentic Leadership’ at all times.

Ken was awarded the MBE in the 2017 New Year’s Honours list, for his enormous contribution to charitable causes. In particular, leading and enabling disadvantaged young people through the Duke of Edinburgh’s award and also leading the Community Self Build Agency in supporting homeless ex-service personnel to build their own homes and get back into work.

Ken has made 16 television documentaries to date including; the ‘Beyond Boundaries’ series where he led groups of people with disabilities across terrains such as the Kalahari desert, Nicaragua and the Andes and also a whole range of military and natural history programmes,

Having left the military to join, as he puts it, ‘the more dangerous world of civilian life, he had to make a massive re-adjustment to working in the complex and often unforgiving world of television and business development.

Ken has become one of the UK’s top business and motivational speakers, able to adapt to small or large audiences and incorporate the key business and leadership messages of a particular organisation.  Despite his background, his talks are centred around leadership emotional intelligence and a ‘people first strategy’.  With a Special Forces (SAS) background and business acumen, Ken has the knowledge and the gravitas to hold an audience’s attention and challenge their thinking. He offers some powerful links between leading hardened SAS soldiers and the pressures of modern business practice.

His talks not only inform but also challenge leaders to look at themselves as ‘The Guardians of Creating the Right Environment’; an environment, in which their people can thrive and perform at their best.  He inspires them to think of new ways in which they can achieve that goal while talking about his extensive work with people with disabilities.  Unlocking talent, curiosity and emotional intelligence are key themes here  Ken has been a key-note speaker with some of the biggest companies in the world including BP, Shell Microsoft, Siemens, Airbus, Lufthansa, Bayer, Lloyds, EON, SubSea7, Stena, Transocean, Premier Oil and the Association of Chief Executives. His testimonials bear witness to someone who produces results. Ken as a keynote speech also delivers ‘The Leadership Master Class’, providing a structure and toolbox to help senior leaders maintain their cutting edge and develop best practices to compete and win in competitive markets.

Ken is committed to the agenda of ‘Diversity. His first TV show was The Trek, in 1994. Sponsored by Princess Diana, he took 12 disadvantaged youngsters to Africa on a 500-mile journey over desert and mountainous terrain. Since then Ken has created and fronted adventure programmes for the BBC, ITV, Channel 4, Five, CBBC, Sky and the Discovery Channel.  His groundbreaking series ‘Beyond Boundaries’, saw him lead teams of people with disabilities across the jungles of Nicaragua, the desert of Namibia and the Andes in Ecuador. He continues to work in the documentary world in particular with high-risk expeditions. 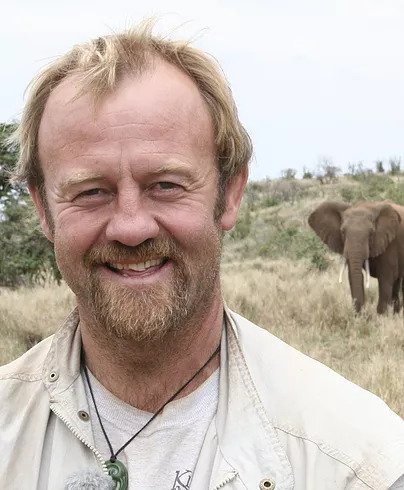