I have eaten Indonesian food all too infrequently in my life, and have cooked it - thus far - only once, when acting as sous-chef to an Indonesian friend in Italy many decades ago, as he prepared a huge feast. So I’m very excited to have Lara Lee’s Coconut & Sambal in my hands now
Nigella Lawson - Read More

Lara Lee is a Chinese-Indonesian and Australian chef and food writer. She is the author of bestselling Indonesian cookbook Coconut & Sambal, and a regular contributor for the New York Times, Bon Appetit, Food52, the Guardian and Food and Wine.

Her book was named one of the best cookbooks of 2020 by the New York Times the Guardian, Eater, National Geographic, Delicious Magazine and many more. She has cooked on The Today Show on NBC, The Drew Barrymore Show, Studio 10 and Today Extra in Australia, and has been a guest on many radio shows and podcasts including BBC Woman’s Hour, Monocle Radio and BBC 6 Music with Cerys Matthews.

Coconut & Sambal has been praised by many of her peers and a few ‘celebrity fans. Nigella Lawson, Samin Nosrat, Diana Henry, Chrissy Teigen,  Cerys Matthews, and Drew Barrymore.

Her Antipodean event catering business Kiwi and Roo serves food to guests and venues that include British royalty, the Australian prime minister, the Natural History Museum and the Royal Academy of Arts.

In a previous life, Lara worked as a professional dancer for 8 years, specialising in tap, jazz, cheerleading and lyrical theatre. She also spent 10 years carving out a career in the corporate world, before realising that her heart was in food. Quitting her job to go to culinary school at Leiths School of Food and Wine, she spent years exploring her identity and Chinese-Indonesian heritage, which eventually formed the basis of her debut cookbook.

With Sri Owen, the doyenne of Indonesian cuisine, as her mentor, Lara has become one of the world’s leading authorities on Indonesian cuisine, sharing her knowledge, expertise and recipes with publications and media all over the world. She is currently researching, recipe testing and writing her next book and is hopeful to be able to travel back to Indonesia for her research, post-Covid restrictions.

Her Antipodean event catering business Kiwi and Roo is currently ‘resting’ due to world events but when up and running normally serves food to guests and venues that include British royalty, the Australian prime minister, the Natural History Museum and the Royal Academy of Arts.

When she's not cooking, you'll find her teaching Indonesian words to her toddler Jonah in her home in East London where she lives with her son, husband and jackapoo dog Tuxedo. 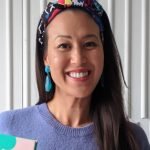 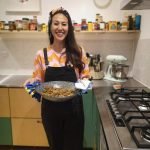 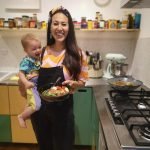 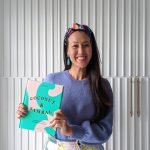 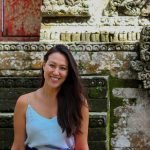 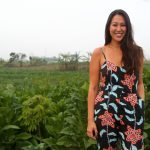 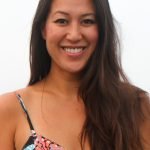