"Mike was delightful and a real pleasure to work with. He fitted in with the day really well and picked up on all the various activities as if he had planned to be there all along. It was lovely that he spent time talking to a variety of groups of staff during the breaks and I would like to thank him, once again, for stepping in at the last minute – a few new viewers for the ‘One Show’ I suspect!"

"You really did us proud. Thank you so much for coming up to Wrexham and giving this year's Lacey lecture. There is so much more to thank you for too. Coming up in time to visit Borras Bog to see what our staff and volunteers are doing to restore a lowland peat bog right by an urban area. Then the lecture itself was both 'entertaining and informative', but even better than the One Show for us, because of your preamble about how you became interested in wildlife and how that led to a career in television.

Your generosity in publicly thanking various members of the audience was a lovely surprise for them, and for those of us who were not in N.Wales at the time you were living here. The video clips you showed us were superb, and the insights you gave into the technicalities of filming will make us more knowledgeable and appreciative viewers in future. On behalf of the North Wales Wildlife Trust thank you for an excellent evening."

"On behalf of all the team and the children, thank you so much for your fabulous contribution to the CREATE Centre event on 27th January. You made exactly the kind of impact we were hoping for and the kids loved you! You were looking good in the Evening Post the following Monday.

I'm going to be inviting you out to our Primary School too before the year is out!"

With two degree’s, one in Ecology and one in Botany and a life-long passion for Natural History, Mike has risen quickly in the world of presenting and is a regular face on The One Show, BBC 1 and also the co-presenter on ‘Natures Top 40’, BBC 2. He has been the presenter on CBeebies ‘Autumnwatch’ & ‘Springwatch’ BBC and ‘Natures Calendar’, BBC 2, and is one of BBC 1’s ‘Inside Out’ presenting team. In 2018, Mike presented the spectacular 'Philippines: Island Treasures', on BBC2, which saw him explore the rich culture and rare wildlife of the stunning Philippines.

With his encyclopaedic knowledge and profound experience of both British and tropical flora and fauna, Mike was first seen on our television screens on ‘Britain’s Wild Invaders’ on Five in 2000. He quickly moved onto other projects both on television and radio becoming the Wildlife Expert on ‘The Terry & Gaby Show’ Five, 2004 and a contributor on ‘British Isles a Living History’ with Alan Titchmarsh BBC 1, 2004 and the ‘Nature of Britain’, BBC 1.

Mike is the author and co-author of numerous books, to name a few, Nature’s Top 40: Britain’s Best Wildlife and Natures Calendar to complement both TV Series and Nature’s Babies. His most recent book ‘Wildlife in your Garden' was released in April 2016. Mike also regularly writes magazine articles for numerous different publications.

Being a keen traveller, Mike ‘Tour-Leads’ at different locations worldwide for Wildlife Holiday companies. He picks up languages easily and is fluent in Spanish and basic Swahili and Vietnamese. He also attends as many British bird and wildlife fairs as he is committed to bringing the beauty of the natural world to a broader audience. 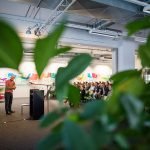 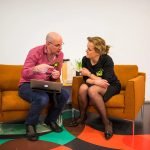 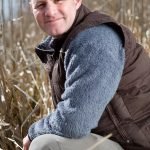 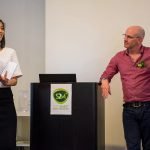 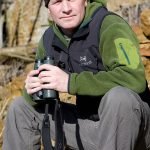 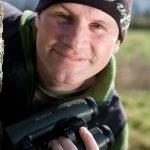 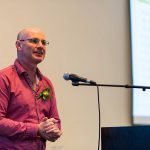