You will probably know Sege as the familiar face and main designer on the British children’s DIY series, ‘The Dengineers’. Discovered by the BBC through his architectural theming work, Sege has a wealth of experience and skills behind him to justify his expert status.

There is more to Sege than meets the eye, however! His life’s ambition is to be able to earn his living through something he loves doing and he is lucky enough to be doing just that. As with all experts in their field, Sege had to start somewhere and aged 20 he started his own building company where he quickly became conversant with all building trades, gaining valuable experience. Managing to maintain a successful business through three recessions is no easy feat, but by always remaining positive, determined and hard working Sege did this with ease.

His first love and passion has always been architecture and interior design, especially theming. Sege began to study architectural design and soon became well known for designing and building high-end and sometimes quirky buildings. He never says no to a challenge! A passion of his is to be known as the one who ‘did it first’. So much so, that he once designed and built a 140 seater restaurant based on firsts!

Sege has been able to realise his passion for architectural theming and was recently commissioned to build the first bespoke pirate island in the country. It was through his  theming work that he was discovered by the BBC and consequently asked to become one of their on-screen designers for ‘The Dengineers’, which is now into its forth series.

In his private life, Sege is an all round family man and has been married to his wife Mandy for 33 years. A true romantic, he still loves her as much today as he did when they first got married! They have four wonderful children, Nino 31, Giorgia 28, Bianca 25 and Dominique 22. He is an avid sports man, loves the gym, nice clothes, and anything with a motor! Along side this, Sege is a passionate dancer, especially Northern Soul.

“This is the way I love to relax. As soon as I hit the dance floor I forget everything. To explain perfectly:

Where the bills and responsibilities don’t matter.

It’s where the stress is gone.

My happy place, where my soul is free, my smile is not fake and I am true to myself.

Nothing matters but me and the music.

The dancefloor is my freedom." 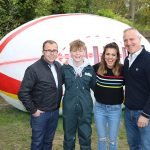 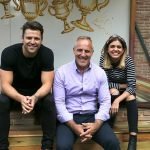 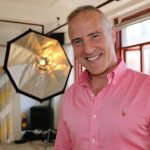