In April 2014 Philippa and her family moved to Wyoming for a year where they both had contracts with National Geographic magazine. Philippa was making small video inserts for the National Geographic website, filming and interviewing the people who make Yellowstone Park work as an enterprise. You can read her blog, ‘While I was meant to be writing...’ by clicking the link below. 2015 saw the family back in the UK where she filmed the second series of BBC2's Harvest, co presented with Greg Wallace and James Manning.

2016 saw Philippa and her family return to the USA, again based in Wyoming. Where Philippa continued blogging for National Geographic Magazine and focused on other writing commitments. Philippa's latest book, 'On the Trail of Wolves', was released in 2020.

Before their life in the States, Philippa took part in an episode of the series, ‘I Bought A Rainforest’ which followed the story of husband Charlie’s journey in Peru when be bought a track of rainforest in an attempt to block off a route into a National Park for the loggers. This aired on BBC2 in June 2014. She also filmed two great series for the BBC; the Great British Wildlife Revival, TX August 2013 and Harvest series 1 on BBC2, TX September 2013. In spring 2012 she contributed to BBC1‘s Bang Goes The Theory.

Spring 2010 saw Philippa on our screens on BBC1 alongside her husband wildlife cameraman Charlie Hamilton James and their three boys in a wonderful four part series following the wildlife on and around the river that runs close to their home. For four glorious weeks on Sunday evenings we were all transported into a magical world that Philippa and Charlie were able to share with us, in'Halcyon River Diaries’. Filmed over a year we watched them experience life on the river following the same group of animals through the various seasons. Philippa and Charlie run their own production Company ‘Halcyon Media’ that specialises in Natural History programming. Previously best know as a TV and radio presenter this published author and travel writer now adds the title of Producer and Script Writer to her extensive portfolio.

What is not so well known about this busy and versatile lady is that she not only has a degree in English but also a First Class Honours degree in Ecology and Conservation from Birkbeck College, London. She has also presented many documentaries for the BBC’s Natural History Unit. She is passionate about conservation and the ecology of our planet and was thus asked to present a weekly ‘live’ radio programme on behalf of the Natural History unit called ‘World on the Move’which followed animals during migration. This was at the time, the largest Natural History event commissioned on BBC R4. 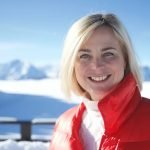 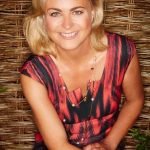 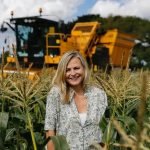 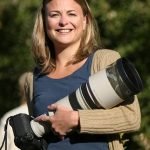